The world of communications in general, and telecommunications in particular, has advanced in recent decades at a speed of vertigo and depth never before known. In these times has appeared, for example, the possibility of using a virtual phone number and that is what we can provide virtual fixed.

The past of phone numbers

For many years, the telephone numbering was structured in a very simple way and there was no other. For many years, depending on where one lived, a telephone code and a number assigned by the operator were assigned.

This reality was irremovable and if, for example, a person moved from home or whatever it was should unsubscribe that phone number and where he was going to live he had to register another phone number that corresponded to that zone, and so-with that starting over-every time one moved. Currently, that is not the case anymore and there are many options, including the virtual telephone number.

The present and future of the virtual phone number 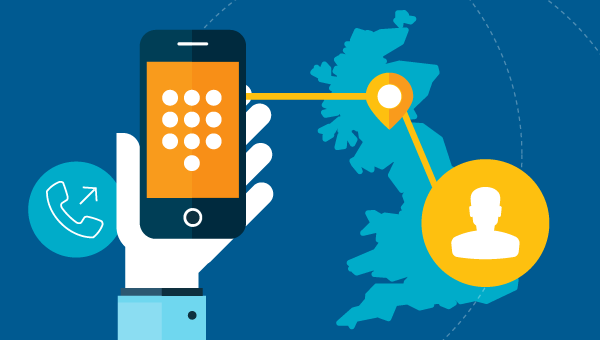 Such a tight numbering scheme had its end with technological advances, and especially with the digitalization of networks. This opened a range of options (such as the geographical mobility of numbers or the interoperability of the same number, even if the operator is changed), but it has not been until the appearance of having a virtual number, even the possibility of having a Virtual phone number (or many) that the possibilities have expanded enormously.

Currently, the international and regional telephone prefixes still exist, what happens is that it is no longer necessary to be in that place to receive calls in that telephone number.

This also happens within the national areas and, for example you can be located in Madrid and have virtual numbers of Seville, Zaragoza or any other place in the same country or abroad. Undoubtedly, a range of important possibilities that are well worth taking advantage of.

Thanks to the provision of a local virtual telephone number, whoever calls us will always be calling a phone number that is close to him and this will bring two great advantages: on the one hand, there will be that sense of local attention that was mentioned and on the other hand there will be a very important economic factor since we are physically where we are, that customer who calls us from a local number for him will always pay for the call as a local call and, understanding that in most telephone plans currently existing calls local are always included, call will be free because the amount will already be included in your service package contracted with the operator you have.

Another of the great advantages is in the cost, or rather, in the savings that having a virtual phone number means for a company. Years ago, if you had an office in a certain location but you wanted to serve people who called with a phone number from another town in the same country or another country you should have a physical phone in that place and a person to attend that place.

Later the call diversion option came, but it was complex. Nowadays, everything is much easier and very economical with the possibility of having all the virtual telephone numbers mentioned here.